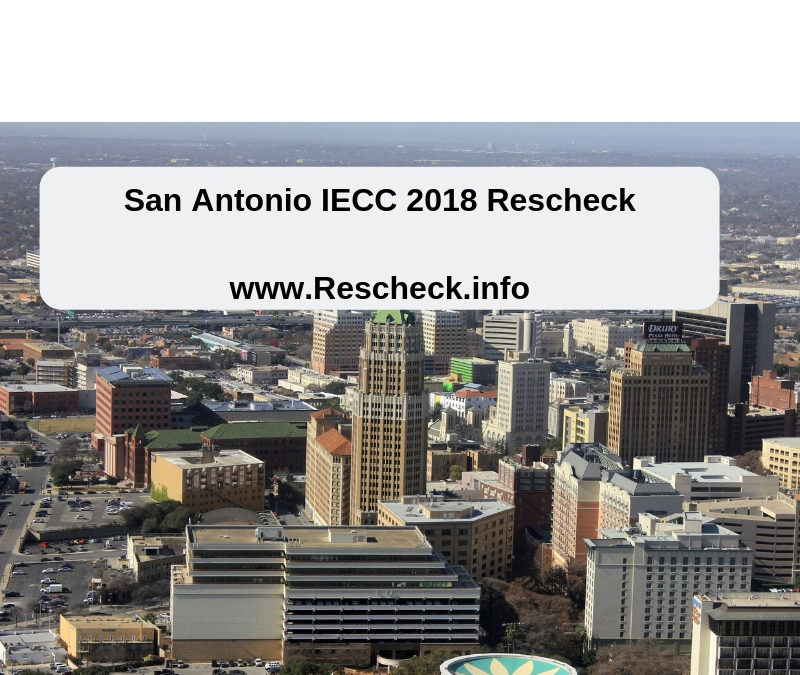 After the passage of the IECC 2018 energy code in 2018 we at Rescheck.info and the Reschexpert blog are starting to see some cities, towns, counties, and municipalities adopting the newest energy code.

One of the first cities that has seen the adoption of the IECC 2018 energy code is San Antonio, Texas.  This was somewhat surprising in the fact that San Antonio had previously adopted the IECC 2015 energy code for their Reschecks.  Meaning they updated their already updated energy code to the newer fresher IECC 2018.

What does this mean for builders, architects, engineers, homeowners, and building departments in San Antonio?  After a study of nearly 100 projects that previously used the IECC 2015 and swapping the exact data into a IECC 2018 Rescheck Template we actually noticed that 83% of the projects actually passed by a higher score than they did using the IECC 2015 Rescheck.  So if you wanted a project to pass easier the IECC 2018 inadvertently might provide an simpler way to get your project started.

Overall the switch to IECC 2018 in San Antonio means that the already energy progressive city now holds the torch for energy efficiency and will move the rest of the country forward.  I predict that when other cities from around the United States prepare to update their energy coded from IECC 2015 Rescheck to IECC 2018 they will approach San Antonio to see how their transition to the IECC 2018 took place.

If you are in San Antonio and you need an IECC 2018 Rescheck we can provide it for you.  We charge only $79 and can have it back to on the same day you submit your plans.  Simply email your plans to [email protected] and we will get you taken care of.  Thank you for reading the Reschexpert blog and we follow all the progressions of the IECC 2018 Energy Code as it pertains to IECC 2018 Reschecks and Manual J.