When is a Rescheck Report Required? 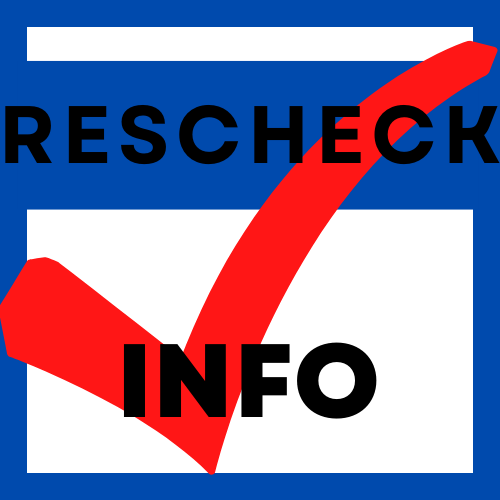 When is a Rescheck required? This is a simple question with several answers. Sometimes they are required by law or prevailing Energy Codes like IECC 2021, IECC 2018, IECC 2015, or IECC 2012. Other times a building inspector might suspect a structure being built does not have enough insulation to perform well against the local climate zone. Other times a homeowner might want the piece of mind of knowing that the new structure they are building will be energy efficient and provide them with comfort on the most extreme days that their local climate zone has to offer.

When is a Rescheck Report Required?

Today’s episode of the Reschexpert blog we want to discuss with you the instances when a Rescheck Energy Report might be required. A Rescheck is a report that is created with the Department of Energy and Pacific Northwest Laboratory softwares Rescheck Web and Rescheck Desktop. It allows everyone involved in a construction project to be aware of the International Energy Code or State Energy code requirements on the project, before the project starts. So today we want to look at why, when, and how you might come about needing a Rescheck Report, and when it is required.

The first example of when a Rescheck report might be required is when a law, legislation, or local ordinance has been passed that specifically dictates the use of Rescheck reporting for energy code compliance. State legislatures, city councils, and building department committees all have some form of ability to pass building code complicance measures. Rescheck reporting can fall under these requirements and once a code like IECC 2021, IECC 2018, IECC 2015, or IECC 2012 has been adopted by your jurisdiction this would be a good indicator that a Rescheck will be required on your project.

What is the best Computer to Create Rescheck?

The next example of when a Rescheck Energy Code report might be required is simply if the building department or building inspector requests one. Even if a law or legislation has not been passed the building inspector has the final say on what is required on most construction projects. Let’s say a building department typically sees 2×6 walls and R-19 on most of the wall systems constructed in their county. Then a blueprint and building permit application arrives showing 2×4 walls and R-13 walls. This might throw up a red flag for the building department official. At this point, even without the adoption of Rescheck reporting as a requirement for permit, the building official could righfully require a Rescheck to make sure that the home that is being built will be able to operate efficiently against the local climate zone.

Another example comes when a client that cares about energy efficiency, is building in an area that has not adopted and International Energy Code like IECC 2021, IECC 2018, IECC 2015, or IECC 2012 as a building permit requirement. What they can do is choose which energy code they would like their new home to meet.  Then they can have a Rescheck created to give them the piece of mind that their new home, addition, or alteration meets a standard that will help them lower energy bills, sustain comfort in the extremes of their local climate zone, and meet or exceed the energy code of their choice. In this instance the Rescheck is not mandated or required by anyone but the curious homeowner.  They can have the Rescheck created to guide them as to what type of roof insulation, wall insulation, window u value, door u value, and foundation insulation they will have specified on their construction blueprints.

Overall, there are many instances when a Rescheck report is required for a construction project. We have given you a few to spark the thought of how Rescheck reporting can be used on a daily basis for homeowners, contractors, subcontractors, architects, engineers, and building officials. If you need a Rescheck report made for you we can do it. We charge $79 and it takes about 4-6 hours. Email us your pdf plans, jobsite address, and square footage and we will get you taken care of. Thanks again for reading the Reschexpert blog.